The Old Man and the Sea (CD-Audio) 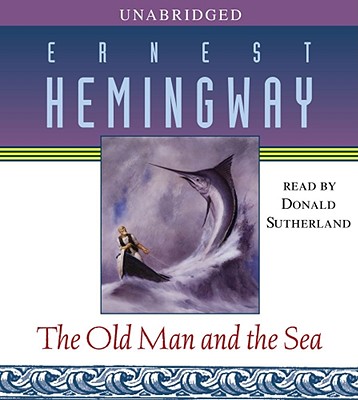 *Winner of the Pulitzer Prize*
“A beautiful tale, awash in the seasalt and sweat, bait and beer of the Havana coast. It tells a fundamental human truth: in a volatile world, from our first breath to our last wish, through triumphs and pitfalls both trivial and profound, what sustains us, ultimately, is hope.” —The Guardian

The last of his novels Ernest Hemingway saw published, The Old Man and the Sea has proved itself to be one of the most enduring works of American fiction. The story of a down-on-his-luck Cuban fisherman and his supreme ordeal—a relentless, agonizing battle with a giant marlin far out in the Gulf Stream—has been cherished by generations of readers.

Hemingway takes the timeless themes of courage in the face of adversity and personal triumph won from loss and transforms them into a magnificent twentieth-century classic. First published in 1952, this hugely popular tale confirmed his power and presence in the literary world and played a large part in his winning the 1954 Nobel Prize in Literature.