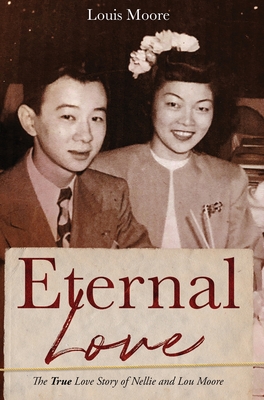 Eternal Love is the memoir of Nellie and Lou Moore - a uniquely American love story that stood the test of time in a racially torn world.

In 1946, Lou was a third-generation Chinese-American soldier just out the US Army after World War II. An honorably discharged staff sergeant, Lou learned to fight racial prejudices while bravely serving the United States in the European Theater of Operations. When the young veteran returned home to America, he met the love of his life.

Nellie was a Japanese-American dancer, the third one from the right in the chorus line at the famed China Doll Night Club in Manhattan. Like other United States citizens with Japanese heritage, Nellie endured tremendous losses when she and her family were unjustly locked away in a harsh American internment camp until history's biggest war ended.

Destiny brought these two individuals together so that an unforgettable love story could begin. It was a completely chance encounter, one returning G.I., one beautiful, young woman rebuilding her life far from her California home. For Lou, it truly was love at first sight, and Nellie joined in that nearly immediately, returning that love in kind. Once they met to talk, they never stopped talking and spent every day together until their wedding day, a little over a week after they met in 1946. It is a love story and life together that went on for 74 year. Their whirlwind 10-day romance turned into a marriage of devotion, faithfulness, thoughtfulness, tenderness, tolerance, understanding, caring, compassion, mindfulness, patience, and togetherness.