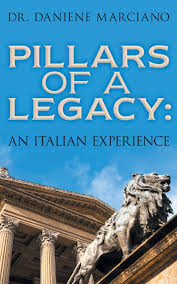 For centuries, Italy was torn apart by war. When unification finally occurred, the north received significant advantages while the south was left to struggle. As southern landowners tried to find their footing, Mafia oligarchs took over Sicily. The first mass execution occurred in 1862 and it was on the field where so many were tragically murdered that Francesco Triolo met the love of his life. Francesco rescued Anna Montelone from the horrifying scene, carrying the badly wounded woman to the hospital.

Their love outlasted the danger and anarchy of the old world and together they produced a son, Antonino Triolo, who made a lasting impact on the New World— specifically, in rough-and-tumble Louisiana. Antonino, his wife Giovanna Cusimano, and his friends, Vincenzo Lorenzo and Guglielmo Soracco, overcame the Mafia, sharks, pirates, outlaws, bigots, and a corrupt government to not just survive, but to thrive.

Pillars of a Legacy: An Italian Experience is based on the true story of author Daniene Marciano’s mother’s family, the Triolos of Sicily. Her love of Italy and the culture of the Italians is evident in every word of this compelling book. Her family’s story is one of a triumph of will to overcome unimaginable obstacles to build a new life without forgetting the loved ones they left behind.