The Old Man and the Sea (Paperback) 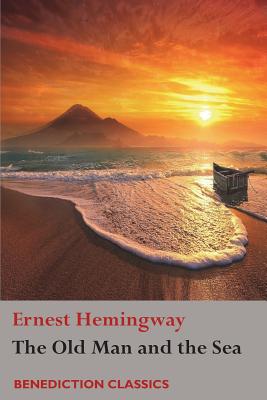 "His best. Time may show it to be the best single piece of any of us, I mean his and my contemporaries." - William Faulkner.

Hemingway's style was famously simple. In responding to a critic, he said "Does he really think big emotions come from big words? He thinks I don't know the ten-dollar words. I know them all right. But there are older and simpler and better words, and those are the ones I use." Using these simpler and better words he tells the unforgettable story of Santiago, an old Cuban fisherman down on his luck, who goes out alone far from the shore in search of one last victory and catches a huge marlin longer than his boat. He is tested to the very limits of his skill and strength and returns "destroyed but not defeated." This, of course, also refers to Hemingway, who, in his last years, was in constant pain from years of adventures and accidents but still able to do his best work. A classic novella that can be read in a single sitting.

Ernest Miller Hemingway (1899-1961) was an American journalist, novelist, short-story writer, and sportsman. He loved Cuba, where he had a home, and where he placed his Nobel Prize medal in the custody of the Catholic Church for the benefit of the local people. His economical and understated style-which he termed the iceberg theory-has had a strong influence on twentieth-century fiction. Many of his books are considered classics of American literature. Writer Richard Ford calls Fitzgerald, Hemingway and Faulkner "the Three Kings who set the measure for every writer since."