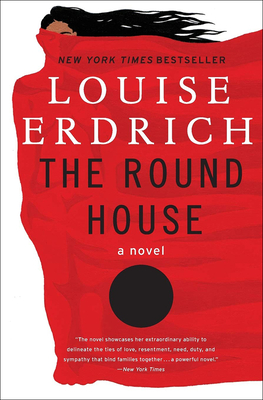 By Louise Erdrich
$27.80
Email or call for price

“When 13-year-old Joe's world is shattered by a horrific crime perpetrated against his mother, he seeks to right the wrong. Erdrich masterfully lets the reader experience this period in Joe's life through his eyes. His world is drawn with sure strokes, and his family and their traditions and his friends and their exploits are convincing and real. Erdrich offers a view of life on an Ojibwe reservation as alternately rich in culture and disheartening in its injustice, poverty, and disrespect. Compelling and immediate, The Round House is a mesmerizing book.”
— Jenny Lyons, The King's English, Salt Lake City, UT

One Sunday in the spring of 1988, a woman living on a reservation in North Dakota is attacked. The details of the crime are slow to surface because Geraldine Coutts is traumatized and reluctant to relive or reveal what happened, either to the police or to her husband, Bazil, and thirteen-year-old son, Joe. In one day, Joe's life is irrevocably transformed. He tries to heal his mother, but she will not leave her bed and slips into an abyss of solitude. Increasingly alone, Joe finds himself thrust prematurely into an adult world for which he is ill prepared.

While his father, a tribal judge, endeavors to wrest justice from a situation that defies his efforts, Joe becomes frustrated with the official investigation and sets out with his trusted friends, Cappy, Zack, and Angus, to get some answers of his own. Their quest takes them first to the Round House, a sacred space and place of worship for the Ojibwe. And this is only the beginning.